Opening Hours
Tuesday to Sunday from 19:00

How to get there by car, taxi, bus, Subway or the Suburban Railway?

Βy car
From the city center
Take Konstantinoupoleos Avenue, heading to Piraeus. Fifty meters after you underpass the Petrou Ralli street bridge, you will find on your left the entrance to “Rouf” Railway Station, inside which, we are situated -just across the "Ένα κι Ένα" (Ena ki Ena) store, on your right.

Τake Athens-Piraeus Avenue (Pireos) heading to Piraeus. On Petrou Ralli, the second street after the New Benaki Museum, turn right. Continue onto the bridge, take the first exit to the right and turn right again. In front of the first traffic light you will find, lies the entrance to “Rouf” Railway Station, inside which, we are situated.

Alternatively:
Take Athens-Piraeus Avenue (Pireos) heading to Piraeus. After passing the Praktiker store and the Athens Heart mall on your right, make a right turn at the first traffic lights you come across, into Chamosternas Street. Cross over the train tracks and at the first traffic lights you find (right opposite "Ένα κι Ένα"/Ena ki Ena store), turn right into the “Rouf” Railway Station, where we are situated.

From Piraeus:
Take Athens-Piraeus Avenue (Pireos) heading to Athens. Leaving behind you, on your left, the Fine Arts School, the Foundation of Wider Hellenism and Kakoyiannis Foundation, at the junction with Chamosternas street, make a left turn. Cross the train tracks and at the first traffic lights you come across (right opposite "Ένα κι Ένα"/Ena ki Ena store), turn right into the “Rouf” Railway Station, where we are situated.

From Syggrou Avenue or Kallirrois Street
Take Chamosternas street heading to Athens-Piraeus Avenue (Pireos) and at their junction, pass under the bridge. At the first traffic lights you come across, (right opposite "Ένα κι Ένα"/Ena ki Ena store), turn right into the “Rouf” Railway Station, where we are situated.

From Kifissou Avenue / Athens-Lamia Highway:
Heading to Piraeus, exit at the height of IKEA store (second exit after Kavalas street), where the signs indicate "Προς Συγγρού" (towards A. Syggrou Avenue). 700 meters further on, turn left into Petrou Ralli street. At the fifth traffic lights you come across (signposted "προς Σιδηροδρομικούς Σταθμούς" (towards Rail Stations), just before the bridge, turn left and immediately after, right, following the road. In front of the traffic lights you will find, lies the entrance to “Rouf” Railway Station, inside which, we are situated.

You may park either at the ample space inside and around our parking lot or at "Ένα κι Ένα" store parking lot.

By taxi:
The direction you give the driver is: on Konstantinoupoleos Avenue, between the bridges of Petrou Ralli and Chamosternas streets, right at the "Ένα κι Ένα" (Ena ki Ena) store, or better: at the entrance to “Rouf” Railway Station, right at the "Rouf" Suburban Railway station.

By bus:
You may take one of the following busses No 838, 914, Β18 and Γ18 or the trolley bus No 21 and get off at “Petrou Ralli” stop, on the Athens – Piraeus Avenue (Pireos), right in front of the Νew Benaki Museum. It’s only 5 minutes on foot to the Train: Take Androniou Street, which merges into Vassileiou Megalou Street, till you reach the train tracks. Turn left and head towards the platform of “Rouf” Suburban Railway Station, 50 meters further on. The Train is now right in front of you, at the opposite platform.
You may also take the busses No 813 and 026 and get off at "Agias Markellas" bus stop. From there you walk straight through Spirou Patsi street that leads you to Konstantinoupoleos street and to the Train. Walking distance approximately 7 minutes.

By Subway:
Disembark at the Blue Line Metro station "Kerameikos". Exit towards "Λεωφ. Κωνσταντινουπόλεως" (Konstantinoupoleos Avenue). Having the train tracks next to you on your right, follow Konstantinoupoleos Avenue towards Piraeus for about 10 minutes. Follow the signs towards "Προαστιακό Ρουφ" (Rouf Suburban Railway Station). Enter the Rouf station, carefully cross the train tracks and you will find yourself at the Railway Carriage Theater.

By Suburban Railway:
Take the Piraeus - Athens - Chalkida Line and disembark at “Rouf” Suburban Railway Station. Just cross the tracks carefully, to reach our theater at the opposite platform, next to Konstantinoupoleos Avenue.

How can Ι leave the premises at a late hour, without having my own means of transportation?
After watching our shows or dining, you can call a Radio-taxi from the theater's phones, choosing from a long list. Or you can pick up a taxi at Konstantinoupoleos Avenue, in front of the station’s entrance.
Also keep in mind, that on Fridays and Saturdays the Metro is running till 02:00. 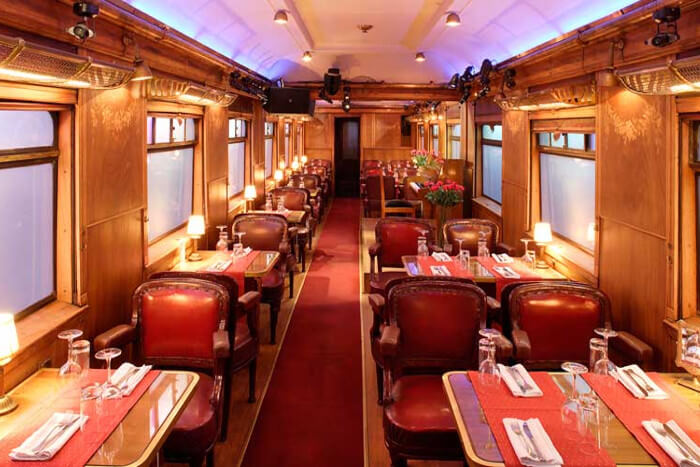 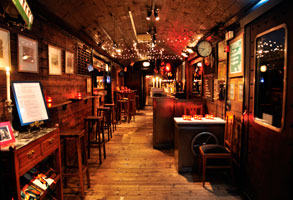 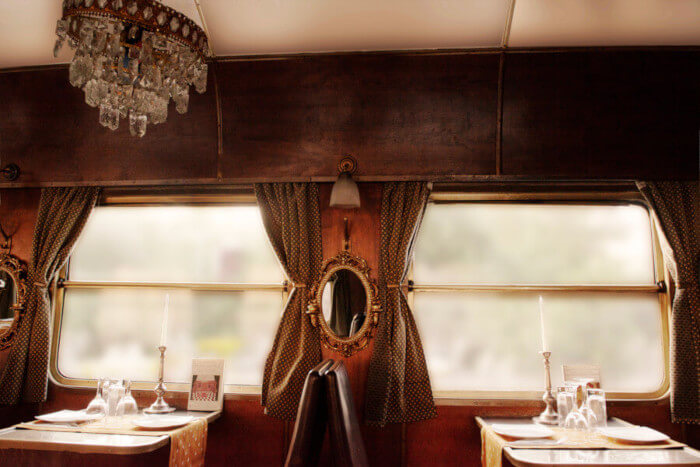 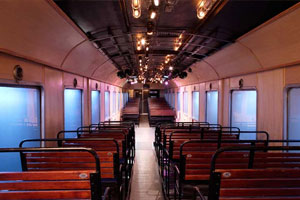 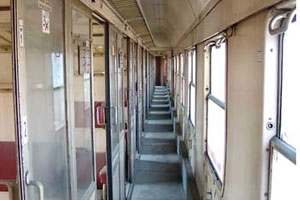 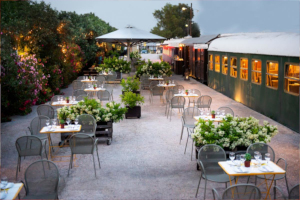